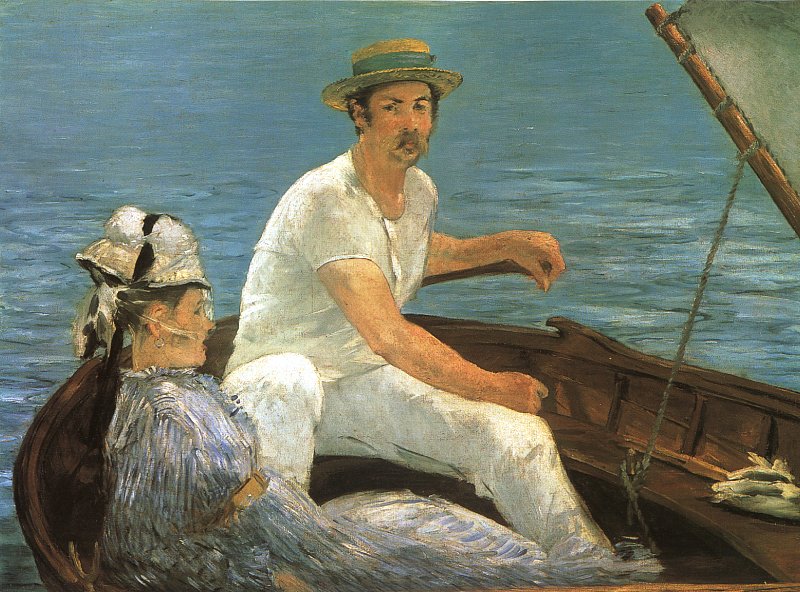 Description : A boater is a flat broad pill-box shaped hat with a brim, usually made of straw. For the late 19th and early part of the 20th century, boaters were popular hats for men in the summer, and are often associated with sailing or rowing events. They are formal in function, and often worn with a blazer.
Parts : Normally a boater is made of straw and has a flat crown and brim, typically with a ribbon around the crown, whose colour may represent a school, rowing crew or similar institution.
Preferred fabrics : Straw and ribbon
Example creations :
Example patterns : Oval brimmed hat including boater, Buckram form for a boater, Regular brim hat similar to boater,
Uses worldwide : Today, boaters are worn for their aesthetics as a fashion statement, by both men and women.
Origins and history : Rachel Antonoff (Lula, no. 8, 2009) writes : "The boater is a symbol of a time when clothing told a story. A time when every day life was a play that required an exquisite costume. It's balmy seaside walks and long, lazy English summer days. It's Fred Astaire, dapper in a crisp, white, three button suit. It's Madeline in her splendid uniform and the sweetness of Jane Banks wondering at Mary Poppins' magic. It's bikes with baskets and boardwalk ice cream parlors."
Related or similar garments : Straw hat
Wikipedia reference