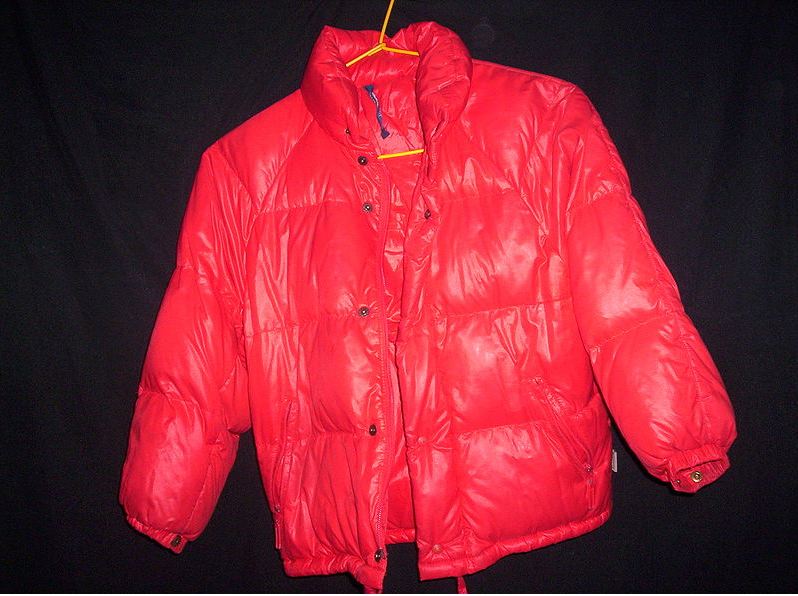 Description : A warm garment designed to cut the wind in cold season, subzero temperatures. Originally it was meant to be a working garment for hunting and fishing activities in the Arctic (see Origins and History below).
Subtypes : Anoraks may sometimes be down filled, but this makes them bulky.
Parts : Front, Back, Sleeves, front zipper (either partial or full, sometimes using snaps or buttons instead of a zipper), pockets (optional), filling (optional), hood (optional), drawstring cuffs (optional), drawstring hem (optional)
Preferred fabrics : Anoraks are usually made with a tight weave fabric in order to repel the wind - this may be treated so as to make the garment more waterproof or water resistant.
Sewing problem areas : When using stiffer fabrics, make sure your needle is fresh and choose a slightly heavier needle. For a discussion on challenges when sewing an anorak, click here.
Example creations : child's anorak, Ventile anorak,
Example patterns : Summit Anorak Parka, Multisport anorak, Misses anorak, Army anorak (free pattern), Rainshed cagoule,
Uses worldwide : The anorak is now used worldwide in cold weather, and has been redesigned to incorporate modern fabrics.
Origins and history : The term comes from one of the Inuit languages and refers to the garment's ability to cut the wind. It was orginally made of caribou or seal fur - the warmth providing properties of down filling or of modern fabrics replaces these materials in modern anorak construction. The term anorak enters the historical record in 1924, but the garment is very similar to the parka, which is first spoken of in 1625. Since the two words come from different Inuit languages, it is possible that they refer to the same garment - however, the anorak is understood to be essentially a garment designed to cut the wind, whereas the parka is meant primarily to keep one warm, and was also designed to accommodate a baby within the garment. The anorak was an important garment used by various national military forces in special operations during the Second World War as well as other wars throughout the 20th century. It has also become a popular utility garment for the general public, and designers introduced high end satin variations for evening wear in the 1980s.
Alternate names : windbreaker
Related or similar garments : parka, cagoul
Wikipedia reference